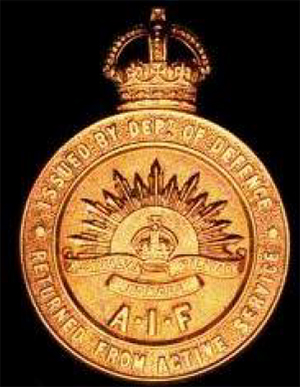 Service personnel have been trained at Holsworthy military training area, just south of Liverpool, since the late 1880’s. Initially, the NSW militia (volunteer soldiers) conducted training  exercises and manoeuvres there. Training became intensive during the build up to World War 1, and many service personnel from there served with the AIF overseas from 1914.

The 40 soldiers listed below all passed away between 1914 - 1922. Some were casualties prior to embarkation, but many died in 1915 in France, Turkey, and Egypt, where they lie   buried. Memorial tombstones were erected in this cemetery by their relatives even though their bodies lay in graves overseas. Several soldiers died from Spanish influenza brought back with them on their return to Liverpool from Europe in 1919.

Nearly all official memorials were removed in 1962 when the Australian War Graves Commission decided to commemorate these personnel formally at the NSW Garden of Remembrance at Rookwood Cemetery. However, the remains of those buried in this Park lie undisturbed here, together with a few memorial headstones.